It is a challenge to fully master spatial phase in (Ultra-High) UH Intensity Lasers (UHILs), and wavefront deformations can be caused by multiple parameters: individual optical elements that are imperfect and/or misaligned, thermal effects in amplifiers, mechanical constraints on large-sized elements, etc., and focal point degradation is the direct consequence. Adaptive Optics (AO) was developed for application in High-power intensity laser characterization.

It combines a high-performance Shack-Hartmann wavefront sensor with user-friendly software and deformable mirrors, allowing smooth and precise operations in order to achieve perfect focus on a target. The versatility of the AO solution lies in the fact that it can also be used in many other applications such as atom trapping, harmonic generation, THz generation, etc.

The development in high-power and ultra-intense lasers aims at achieving the highest laser intensity on the target. To ensure highest intensity, one has to accurately control both spectral phase to get the shortest pulse and spatial phase to get the smallest focused spot. The usual strategy of adaptive optics correction is to separate a small fraction of the main beam and to measure its wavefront using a wavefront sensor. Software will then run a closed-loop correction by adjusting the shape of the deformable mirror with the information provided by the wavefront sensor in order to remove the wavefront aberration of the laser beam. 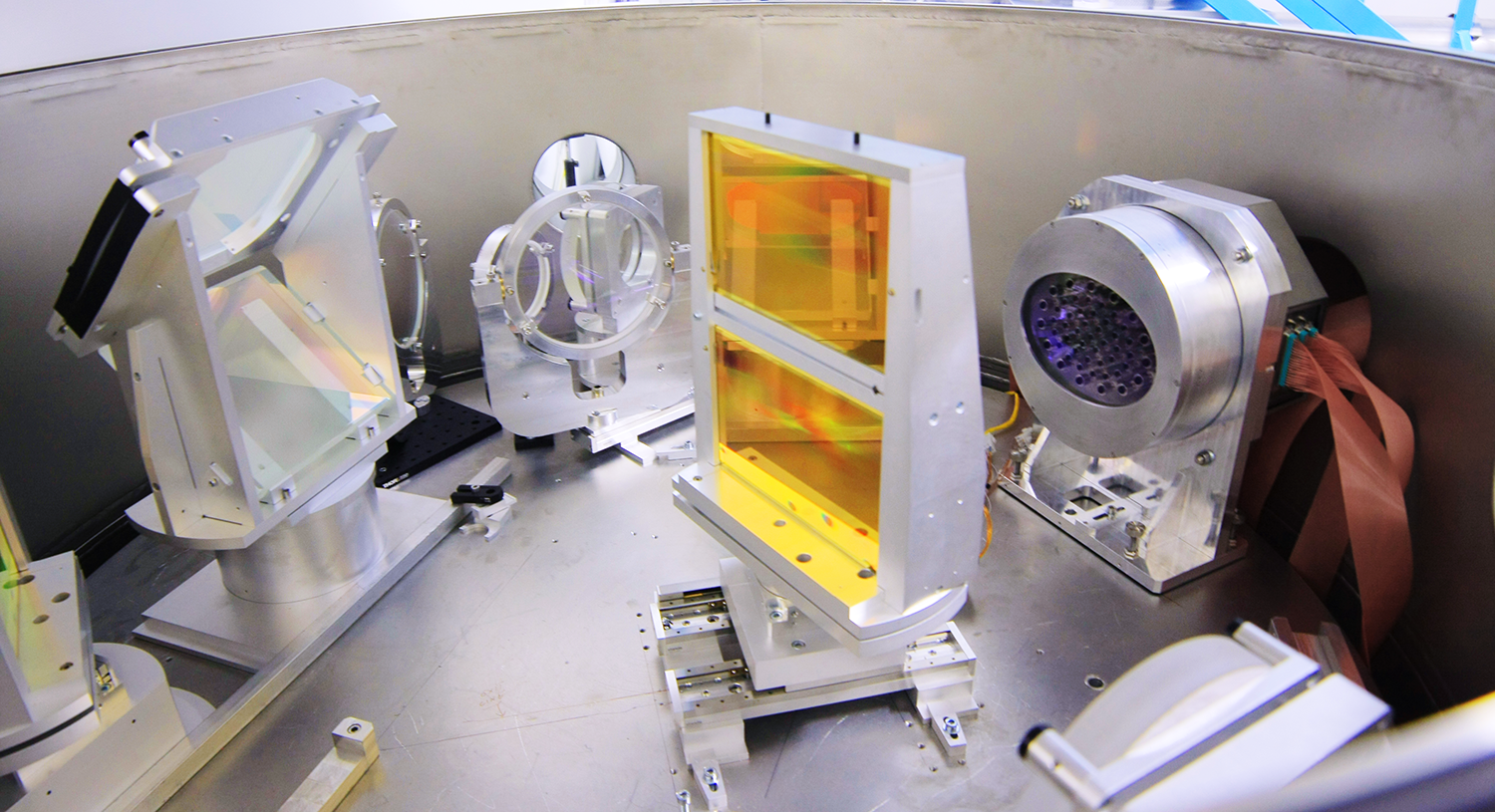 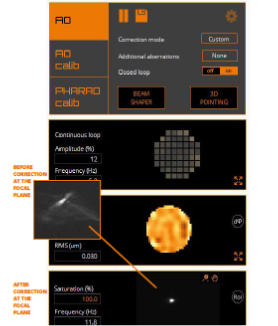 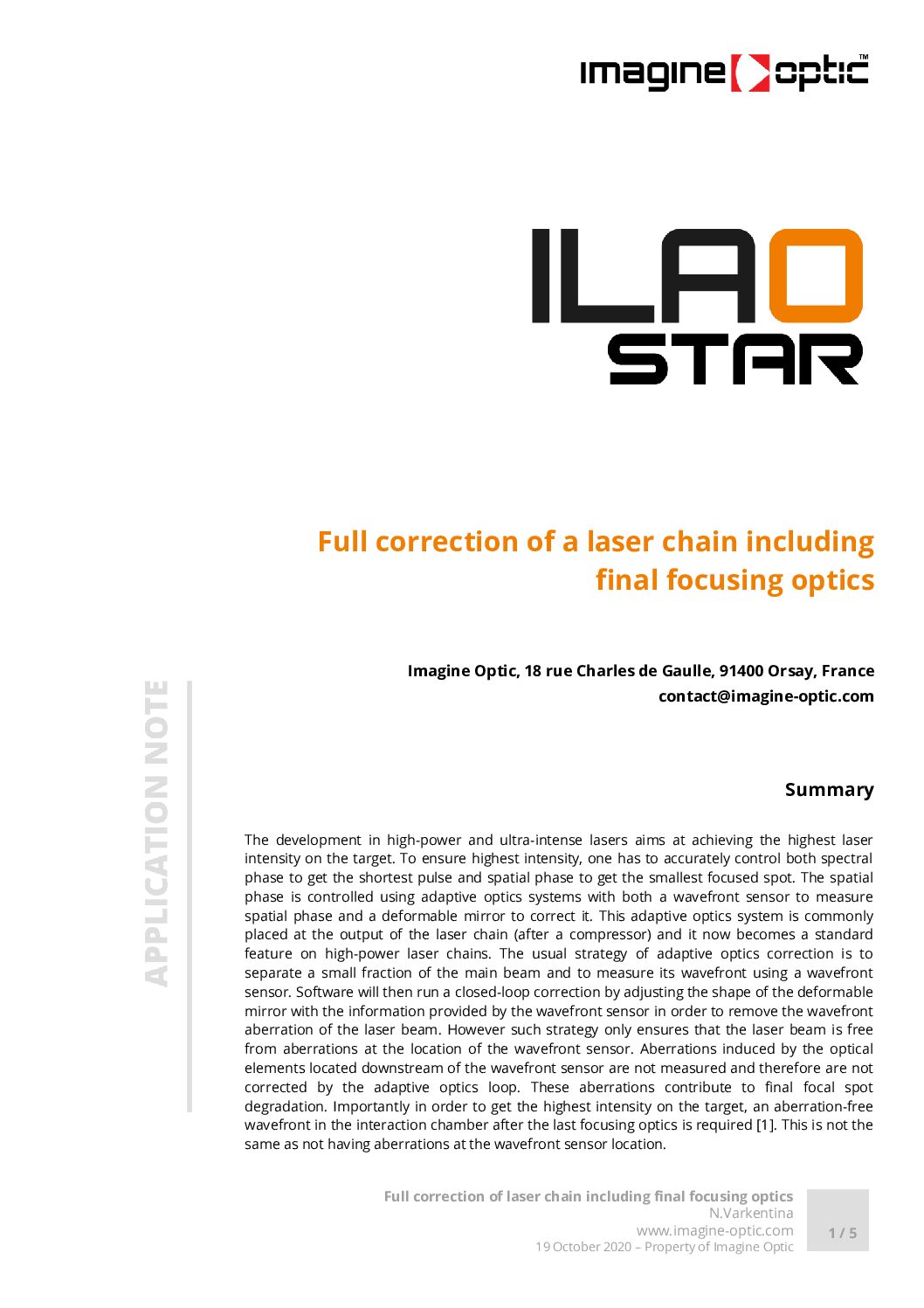 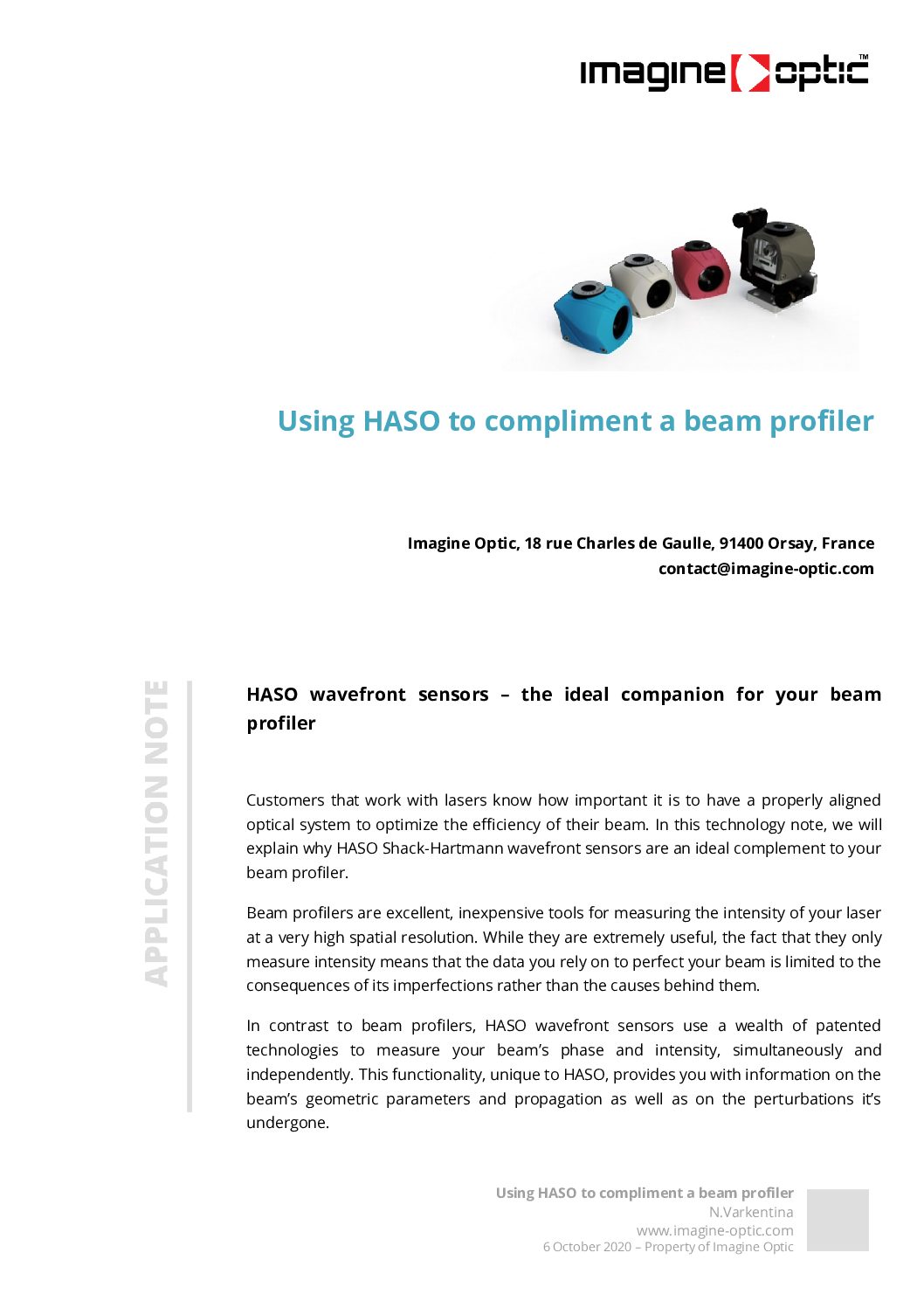 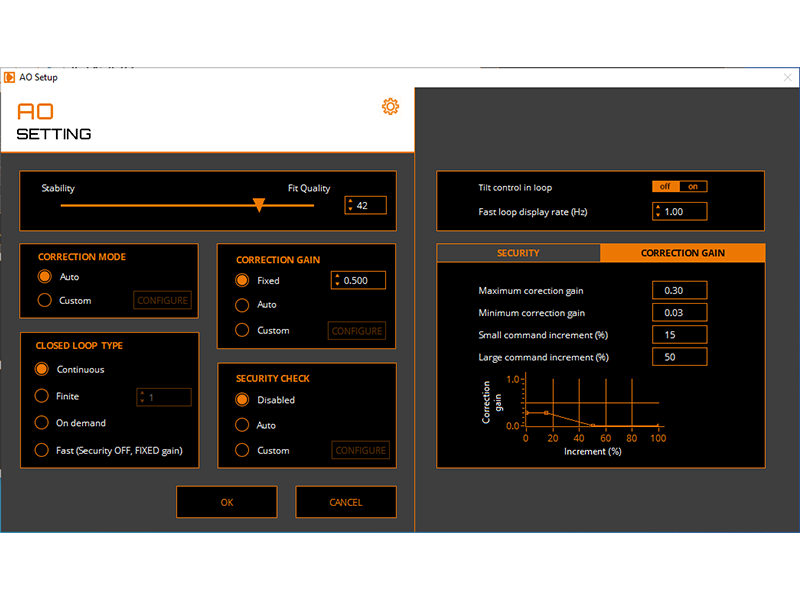